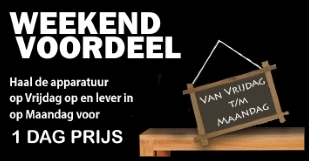 What’s New. Take the previous generation 430EX II and its big brother, the 600EX-RT, put them in a blender, and out comes the 430EX III-RT. It gains the 600EX-RT radio transmission (more on that below) while improving on the 430EX II’s size, weight, and recycle speed.

Output and Operation. The output is essentially the same as its predecessor. You still have a 24-105mm (full-frame equivalent) zoom range, 14mm wide panel, and flash output of GN: 141 ft./43m at ISO 100; however, there’s a 0.1- to 2.5-second improvement in recycle time when using rechargeable batteries (based on power level).

Functionality. While the 90º tilt angle remains the same, the overall head-rotational angle has been improved to 330º. The larger LCD, easier-to-navigate menu system, and rotary dial for menu navigation and flash-compensation adjustment offer a vastly improved experience. The 430EX III-RT is powered by four AA batteries (not included).